Are you all about pop culture? Give your dog a recognizable and witty name by naming them something famous. Here are some famous dog names; an ode to the great dogs of glitz and glamour.

As of February 2023, famous dog names seem increasingly popular with new puppy owners. Our stats show that they are more fashionable than they were six months ago.

A pup lover from North West, Singapore 🇸🇬 searched for Sound.
less than a minute ago 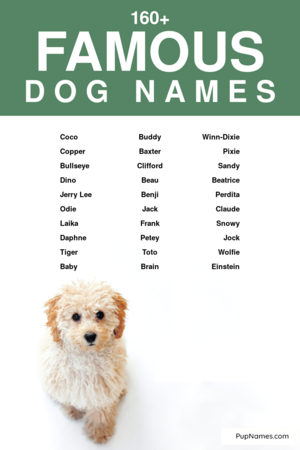 Let us know what you think of these famous dog names!