Companion, partner; perhaps a version of the word "brother".

Buddy has a fun sound to it, and represents a down-to-earth owner who doesn't take life too seriously.

Dogs named Buddy tend to be good-natured, loyal, affectionate, and loving. This name is also associated with intelligence, and companionship.

Buddy has two syllables, which is highly recommended by dog trainers. The name also ends in a vowel sound, so it's easy for dogs to recognize. Buddy is a widely loved dog name for good reason. If you like it, go for it!

Buddy is found in these categories:

Buddy is one of the more popular dog names out there. According to our data, Buddy outranks the great majority of names.

Get special treats for Buddy! 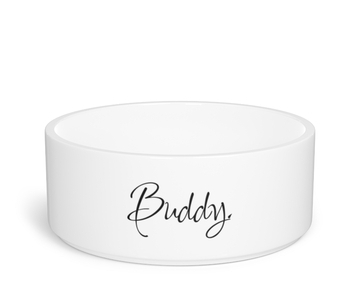 Got a dog named Buddy?

🇪🇨
Francys Salcedo (Provincia del Guayas, Ecuador)
I didn't know what name to give my puppy that I would like and that would be cute and easy. I thought of Max, Perito, Chester, Ramón and Buddy. I loved what it means because my children are already grown up and he will always accompany me....
August 02, 2022 ◆ Translated

Let us know what you think of Buddy as a dog name!