Who can forget the Romans, some of the greatest conquerors of all time? These Roman dog names are perfect for history buffs, or just those who want to name their dog something powerful.

As of January 2023, roman dog names seem increasingly popular with new puppy owners. Our stats show that they are more fashionable than they were six months ago.

Someone from Washington, United States 🇺🇸 browsed a list of Cane Corso Names.
less than a minute ago

A pup lover from New York, United States 🇺🇸 browsed a list of Lazy Dog Names.
less than a minute ago 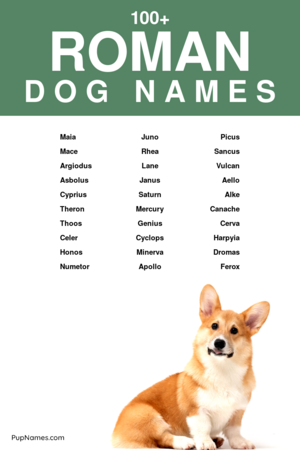 Let us know what you think of these roman dog names!