Are you a movie buff? Celebrate your passion for cinema by giving your dog an iconic movie dog name. These dog names are based on movie stars and famous movie dogs.

As of January 2023, movie dog names seem increasingly popular with new puppy owners. Our stats show that they are more fashionable than they were six months ago. 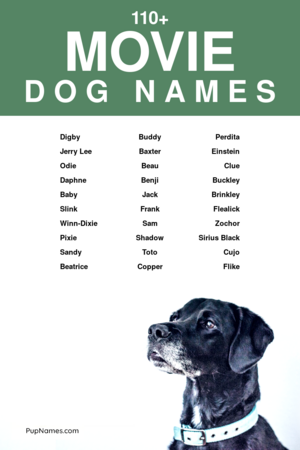 Let us know what you think of these movie dog names!