If you're looking for cool dog names, you've come to the right place. These edgy names will help you and your dog to stand out from the pack.

As of December 2022, cool dog names are trending down with new puppy owners. Our stats suggest that they are less fashionable than they were six months ago.

A pup lover from Santiago Metropolitan, Chile 🇨🇱 browsed a list of Arabic Dog Names.
less than a minute ago 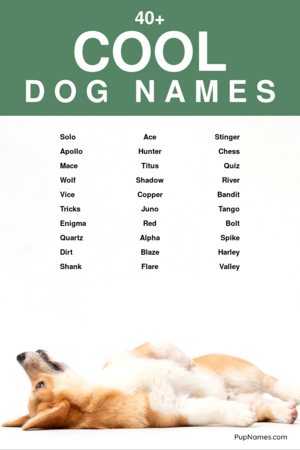 Let us know what you think of these cool dog names!