a reddish-brown color resembling the color of polished copper

Dogs named Copper tend to be good-natured, affectionate, and loving. This name is also associated with beauty, friendship, companionship, and empathy.

Copper has two syllables, which is highly recommended by dog trainers. Copper isn't one of the most common names, so your dog will certainly stand out. If you love the name, you should pick it!

Copper is found in these categories:

Copper is not a popular dog name. That's great if you like to stand out from the crowd!

Get special treats for Copper! 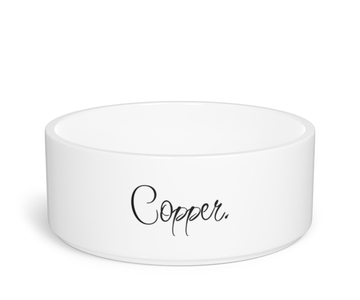 Got a dog named Copper?

🇵🇪
COOPER (Lima, Peru)
It is the name of our pet, he came as a naughty, funny and playful man, now he is almost two years old and has become a great guardian, he takes care of us, he loves to run and play but every night he becomes a great policeman, in the best that's our COOPER🐾
June 12, 2022 ◆ Translated

Let us know what you think of Copper as a dog name!