Dogs named Patch tend to be good-natured, industrious, loving, and brave. This name is also associated with companionship.

Patch is a one-syllable dog name, making it short and snappy. Patch isn't one of the most common names, so your dog will certainly stand out. If you love the name, you should pick it!

Patch is found in these categories:

Naming your dog Patch is certainly a thing, but it's one of the more niche choices out there according to our data.

Get special treats for Patch! 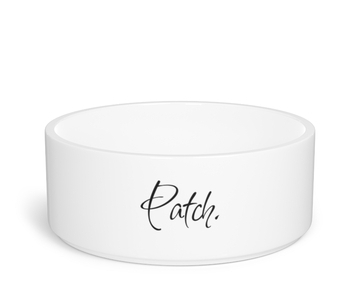 Jack
God Is Gracious
Pepper
The pepper pad a handheld game console.
Pip
a mark on a die or on a playing card (shape depending on the suit)
Spot
a job in an organization
Jade
The first name of agatha christie's miss marple character
Pearl
Smooth, Round Bead Formed By A Mollusk
See more...

Got a dog named Patch?

🇺🇸
(South Carolina, United States)
I have a dog named Patch and he is a Pitbull mixed with lab and he's adorable! great name for a dog!
May 31, 2022

Let us know what you think of Patch as a dog name!