Dogs named Brain tend to be good-natured, industrious, loyal, and loving. This name is also associated with intelligence, and companionship.

Naming your dog Brain suggests that you have a sense of humor and enjoy thinking outside the box. It could also suggest that you value intelligence and creativity.

Brain is a one-syllable dog name, making it short and snappy. Brain isn't one of the most common names, so your dog will certainly stand out. If you love the name, you should pick it!

Brain is found in these categories:

Brain is not a popular dog name. That's great if you like to stand out from the crowd!

Get special treats for Brain! 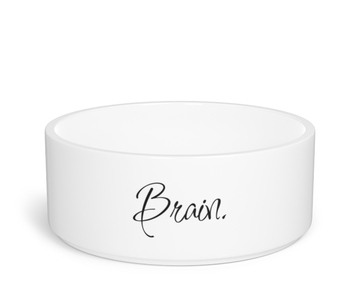 Baxter
Baker
Beau
Handsome
Benji
Son Of My Right Hand
Bingo
A game in which numbered balls are drawn at random and players cover the corresponding numbers on their cards
Buzz
Village In The Woods; echoing of bees and other insects.
Balto
Brave sled dog hero.
See more...

Got a dog named Brain?

Let us know what you think of Brain as a dog name!