Traits associated with the name Astro:

Dogs named Astro tend to be good-natured, loyal, affectionate, and loving. This name is also associated with beauty, and companionship.

Is Astro a good dog name?

Astro has two syllables, which is highly recommended by dog trainers. The name also ends in a vowel sound, so it's easy for dogs to recognize. Astro is a widely loved dog name for good reason. If you like it, go for it!

Astro is found in these categories:

Astro is one of the more popular dog names out there. According to our data, Astro outranks the great majority of names.

Get special treats for Astro! 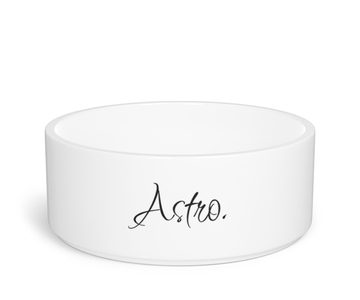 Alpha
The first letter of the greek alphabet.
Atlas
A titan condemned to hold up the celestial heavens for eternity in Greek mythology. It means "to carry".
Sparky
Coco
Cook. it is also used as a nickname for names long names that begin with 'co-.
Pluto
God of hell and wealth in roman mythology.
Audi
Listen
See more...

Got a dog named Astro?

Let us know what you think of Astro as a dog name!