Got a fluffy pillow for a dog? These fluffy dog names will help you put into words just how cuddly and soft your new pup is.

As of January 2023, fluffy dog names are trending down with new puppy owners. Our stats suggest that they are less fashionable than they were six months ago. 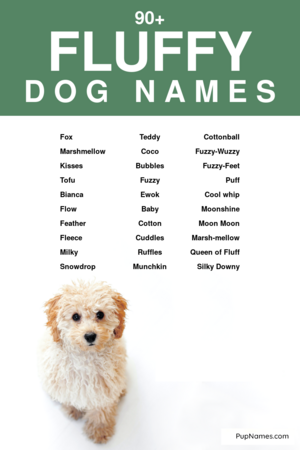 Let us know what you think of these fluffy dog names!