Television detective from the x files

Traits associated with the name Fox:

Dogs named Fox tend to be strong-willed, good-natured, industrious, and affectionate. This name is also associated with beauty, and companionship.

Is Fox a good dog name?

Fox is a one-syllable dog name, making it short and snappy. Fox isn't one of the most common names, so your dog will certainly stand out. If you love the name, you should pick it!

Fox is found in these categories:

Fox is not a popular dog name. That's great if you like to stand out from the crowd!

Get special treats for Fox! 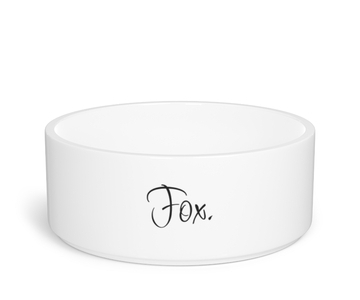 Fetch
be sold for a certain price
Finn
Clear, fair or white
Fritz
Peaceful ruler; diminutive of Friedrich.
Fig
a diagram or picture illustrating textual material
Fizz
Bubbly, effervescent.
Flip
To react to something with excitement or astonishment."
See more...

Got a dog named Fox?

Let us know what you think of Fox as a dog name!