There's something incredibly lovable about the irony of naming your dog after a different animal. These cute animal dog names are guaranteed to get laughs and smiles.

As of December 2022, animal dog names are trending down with new puppy owners. Our stats suggest that they are less fashionable than they were six months ago.

Someone from Washington, United States 🇺🇸 browsed a list of Belgian Sheepdog Names.
4 minutes ago

Someone from California, United States 🇺🇸 browsed a list of Dog Names Starting With U.
5 minutes ago 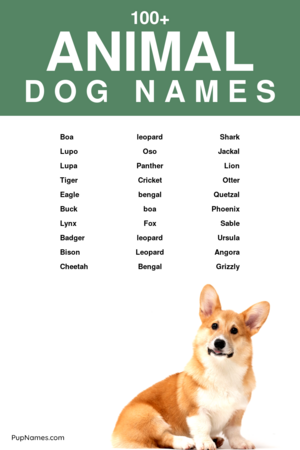 Let us know what you think of these animal dog names!