Still need a name for your pup? Here's a list of dog names beginning with F.

As of February 2023, dog names starting with f seem increasingly popular with new puppy owners. Our stats show that they are more fashionable than they were six months ago.

Someone from Virginia, United States 🇺🇸 browsed a list of Gothic Dog Names.
less than a minute ago

A dog whisperer from Florida, United States 🇺🇸 browsed a list of Brown Dog Names.
less than a minute ago 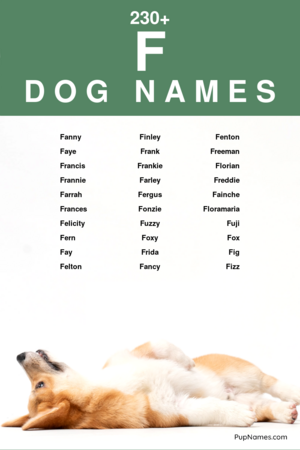 Let us know what you think of these dog names starting with f!