Dogs named Scout tend to be good-natured, affectionate, loving, and brave. This name is also associated with beauty, and companionship.

Scout is a one-syllable dog name, making it short and snappy. Scout is a widely loved dog name for good reason. If you like it, go for it!

Scout is found in these categories:

Scout is one of the more popular dog names out there. According to our data, Scout outranks the great majority of names.

Get special treats for Scout! 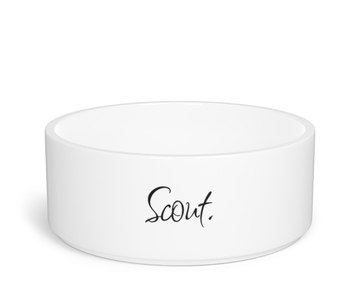 Shadow
Shade From Sun
Spot
a job in an organization
Skip
To move in a light springy manner. to escape secretly in haste.
Socks
hit hard
Sparky
An electrician
Spike
Stingy or pointed.
See more...

Got a dog named Scout?

Let us know what you think of Scout as a dog name!