Dogs named Jellybean tend to be good-natured, affectionate, and loving. This name is also associated with beauty, friendship, and companionship.

That you have a creative and fun-loving spirit! Jellybean is an unusual name for a dog, so it suggests that you like to think outside the box and have a good sense of humor.

Jellybean has more syllables than most dog names, but you can easily give your pup a nickname to shorten things. Jellybean isn't one of the most common names, so your dog will certainly stand out. If you love the name, you should pick it!

Jellybean is found in these categories:

Jellybean is not a popular dog name. That's great if you like to stand out from the crowd!

Get special treats for Jellybean! 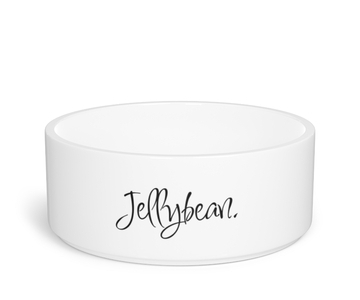 Cookie
Small files that hold a modest amount of data specific to a particular client and website.
Cupcake
small cake baked in a muffin tin
Java
A type of coffee grown on the Java, an island of Indonesia.
Peanut
Ground Nut Legume
Marshmallow
Lazy and fluffy.
Cinnamon
The Spice
See more...

Got a dog named Jellybean?

Let us know what you think of Jellybean as a dog name!