Dogs named Peanut tend to be good-natured, loyal, affectionate, and loving. This name is also associated with beauty, and companionship.

Peanut has two syllables, which is highly recommended by dog trainers. Peanut isn't one of the most common names, so your dog will certainly stand out. If you love the name, you should pick it!

Peanut is found in these categories:

Peanut is not a popular dog name. That's great if you like to stand out from the crowd!

Get special treats for Peanut! 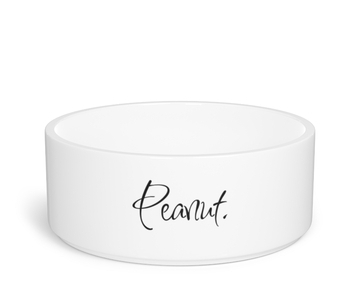 Biscuit
Any of various small flat sweet cakes or cookies. Literally means "twice cooked".
Pepper
The pepper pad a handheld game console.
Pip
a mark on a die or on a playing card (shape depending on the suit)
Rocky
Inspired by Rocky Balboa.
Cookie
Small files that hold a modest amount of data specific to a particular client and website.
Porkchop
chop cut from a hog
See more...

Got a dog named Peanut?

Let us know what you think of Peanut as a dog name!