Dogs named Scarlet tend to be good-natured, industrious, affectionate, and loving. This feminine name is also associated with intelligence, beauty, and companionship.

That you have a creative and unique sense of style. You may also be a fan of the color red, or have a strong connection to the name Scarlet.

Scarlet has two syllables, which is highly recommended by dog trainers. Scarlet isn't one of the most common names, so your dog will certainly stand out. If you love the name, you should pick it!

Scarlet is found in these categories:

Naming your dog Scarlet is certainly a thing, but it's one of the more niche choices out there according to our data.

Get special treats for Scarlet! 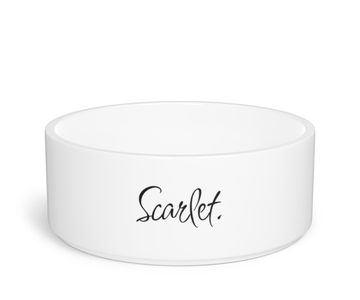 Stella
Star
Sadie
Princess
Daisy
Day's eye. The petals of a daisy open during the day, revealing its yellow centers, and then close at night.
Hazel
The Hazel Tree
Ivy
Climbing Vine Plant
Olive
Olive Or From The Olive Tree
See more...

Got a dog named Scarlet?

🇺🇸
Tammy Dilsaver (South Carolina, United States)
My adopted dog is named Skarlyt had her 5 years and she’s now 14 years old and I cherish every day I have with her. Skarlyt is a Yorkie name spelled with a k in it she is everything they say and more for her name my best friend and and most loving dog I have ever had and I’m a senior so I have had a lot of dogs in my life. Love her with all my heart will always be thankful for the good years I was able to give her and her love she gave back. I will carrie her name in my heart long after she leaves me when she goes to doggie heaven🐾
April 10, 2022

Let us know what you think of Scarlet as a dog name!