a coarse vine widely cultivated for its large pulpy round orange fruit with firm orange skin and numerous seeds; subspecies of Cucurbita pepo include the summer squashes and a few autumn squashes

Dogs named Pumpkin tend to be good-natured, loyal, and loving. This name is also associated with friendship, companionship, and empathy.

Pumpkin has two syllables, which is highly recommended by dog trainers. Pumpkin isn't one of the most common names, so your dog will certainly stand out. If you love the name, you should pick it!

Pumpkin is found in these categories:

Naming your dog Pumpkin is certainly a thing, but it's one of the more niche choices out there according to our data.

Get special treats for Pumpkin! 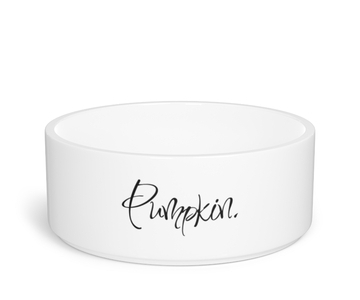 Got a dog named Pumpkin?

Let us know what you think of Pumpkin as a dog name!