Dash has a fun sound to it, and represents a down-to-earth owner who doesn't take life too seriously.

Dogs named Dash tend to be strong-willed, good-natured, industrious, and loving. This name is also associated with friendship, and companionship.

Dash is a one-syllable dog name, making it short and snappy. Dash isn't one of the most common names, so your dog will certainly stand out. If you love the name, you should pick it!

Dash is found in these categories:

Dash is not a popular dog name. That's great if you like to stand out from the crowd!

Get special treats for Dash! 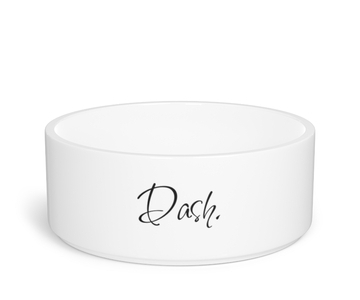 Duke
Leader, commander, governor of a province
Bolt
Explosive leap forward or upright; the action of a rifle.
Skip
To move in a light springy manner. to escape secretly in haste.
Dot
A single pixel on a matrix display.
Buck
Deer, Cowboy
Chase
Skilled hunter or huntsman.
See more...

Got a dog named Dash?

Let us know what you think of Dash as a dog name!