Dogs named Chase tend to be good-natured, loving, and hard-working. This name is also associated with friendship, and companionship.

Chase is a one-syllable dog name, making it short and snappy. The name also ends in a vowel sound, so it's easy for dogs to recognize. Chase is a widely loved dog name for good reason. If you like it, go for it!

Chase is found in these categories:

Chase is one of the more popular dog names out there. According to our data, Chase outranks the great majority of names.

Get special treats for Chase! 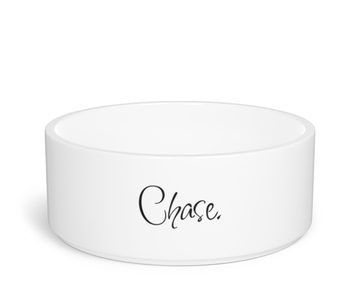 Chance
Fortune, Luck
Chip
A word short for a chipset, or a splinter. Also the diminutive form of Charles.
Clyde
The name of a Scottish river; means "the keeper of the keys".
Coco
Cook. it is also used as a nickname for names long names that begin with 'co-.
Candy
Bright, Sweet
Chaos
The void before the birth of the universe, titan god, total disorganization and confusion.
See more...

Got a dog named Chase?

Let us know what you think of Chase as a dog name!