English scientist and Franciscan monk who stressed the importance of experimentation; first showed that air is required for combustion and first used lenses to correct vision (1220-1292)

Dogs named Bacon tend to be good-natured, and loving. This name is also associated with friendship, and companionship.

Bacon has two syllables, which is highly recommended by dog trainers. Bacon isn't one of the most common names, so your dog will certainly stand out. If you love the name, you should pick it!

Bacon is found in these categories:

Naming your dog Bacon is certainly a thing, but it's one of the more niche choices out there according to our data.

Get special treats for Bacon! 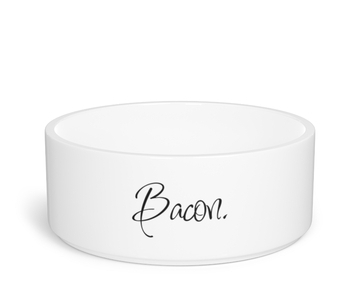 Got a dog named Bacon?

🇺🇸
Gracie Mendez (California, United States)
Our girl is a Labrador retriever and her name is Bacon 🥓
September 05, 2022

Let us know what you think of Bacon as a dog name!