Person acknowledged as holy or virtuous

Traits associated with the name Saint:

Dogs named Saint tend to be strong-willed, loyal, and loving. This name is also associated with companionship, and empathy.

Is Saint a good dog name?

Saint is a one-syllable dog name, making it short and snappy. Saint isn't one of the most common names, so your dog will certainly stand out. If you love the name, you should pick it!

Saint is found in these categories:

Saint is not a popular dog name. That's great if you like to stand out from the crowd!

Get special treats for Saint! 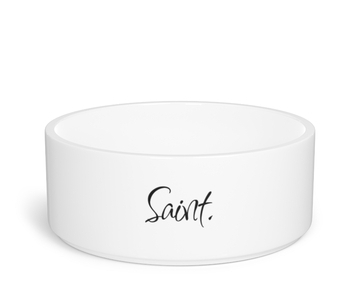 Share
the effort contributed by a person in bringing about a result
Sprite
Elf or fairy
Sam
Short Form Of Samuel Or Samantha
Scout
First Explorer
Skip
To move in a light springy manner. to escape secretly in haste.
Socks
hit hard
See more...

Got a dog named Saint?

Let us know what you think of Saint as a dog name!