Dogs named Mimi tend to be strong-willed, good-natured, loyal, and affectionate. This name is also associated with beauty, and companionship.

Mimi has two syllables, which is highly recommended by dog trainers. The name also ends in a vowel sound, so it's easy for dogs to recognize. Mimi is a widely loved dog name for good reason. If you like it, go for it!

Mimi is found in these categories:

Mimi is one of the more popular dog names out there. According to our data, Mimi outranks the great majority of names.

Get special treats for Mimi! 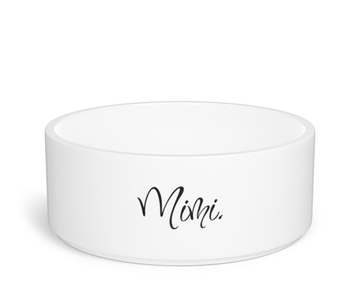 Minnie
Of The Sea Or Bitter
Buddy
Companion, partner; perhaps a version of the word "brother".
Marley
Pleasant seaside meadow
Scrappy
full of fighting spirit
Cookie
Small files that hold a modest amount of data specific to a particular client and website.
Maple
Species Of Tree In The Acer Genus
See more...

Got a dog named Mimi?

🇵🇪
Mimi (Piura, Peru)
Since it is a small breed and is very affectionate and mischievous
September 16, 2022 ◆ Translated

Let us know what you think of Mimi as a dog name!