Dogs named Jordan tend to be good-natured, loving, and hard-working. This name is also associated with companionship.

Naming your dog Jordan suggests that you have a strong connection to the name and may have a special meaning behind it. It could also suggest that you are a fan of basketball or the name itself.

Jordan has two syllables, which is highly recommended by dog trainers. Jordan isn't one of the most common names, so your dog will certainly stand out. If you love the name, you should pick it!

Jordan is found in these categories:

Jordan is not a popular dog name. That's great if you like to stand out from the crowd!

Get special treats for Jordan! 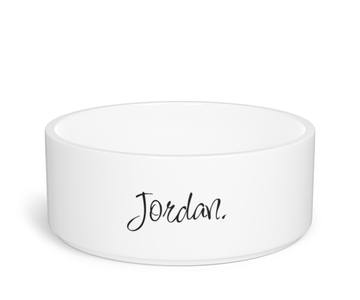 Java
A type of coffee grown on the Java, an island of Indonesia.
Jesse
The Lord exists
Jawa
Indonesian motorcycle brand.
Jude
Daisy
Jazzy
(used especially of clothes) marked by conspicuous display
Juno
The queen of the gods in roman mythology
See more...

Got a dog named Jordan?

Let us know what you think of Jordan as a dog name!