Dogs named Diamond tend to be good-natured, affectionate, loving, and brave. This name is also associated with courage, and companionship.

Diamond has two syllables, which is highly recommended by dog trainers. Diamond isn't one of the most common names, so your dog will certainly stand out. If you love the name, you should pick it!

Diamond is found in these categories:

Diamond is not a popular dog name. That's great if you like to stand out from the crowd!

Get special treats for Diamond! 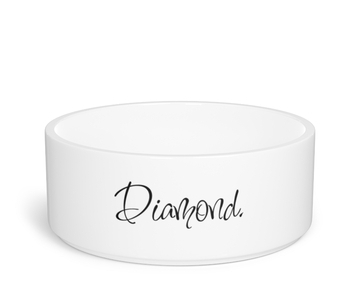 Diesel
Fuel; diminutive form of Matthias.
Duke
Leader, commander, governor of a province
Atlas
A titan condemned to hold up the celestial heavens for eternity in Greek mythology. It means "to carry".
Denver
From The Passage Of The Danes
Pepper
The pepper pad a handheld game console.
Dino
Little old sword
See more...

Got a dog named Diamond?

Let us know what you think of Diamond as a dog name!