teach and supervise (someone); act as a trainer or coach (to), as in sports

Traits associated with the name Coach:

Dogs named Coach tend to be industrious, loving, and hard-working. This name is also associated with companionship.

Is Coach a good dog name?

Coach is a one-syllable dog name, making it short and snappy. Coach isn't one of the most common names, so your dog will certainly stand out. If you love the name, you should pick it!

Coach is found in these categories:

Coach is not a popular dog name. That's great if you like to stand out from the crowd!

Get special treats for Coach! 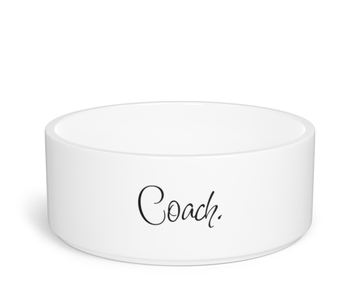 Chase
Skilled hunter or huntsman.
Cheese
erect or decumbent Old World perennial with axillary clusters of rosy-purple flowers; introduced in United States
Clutch
a pedal or lever that engages or disengages a rotating shaft and a driving mechanism
Crank
start by cranking
Captain
The leader of a group of people
Champ
Short for "champion".
See more...

Got a dog named Coach?

Let us know what you think of Coach as a dog name!