Traits associated with the name Chant:

Dogs named Chant tend to be strong-willed, loyal, and loving. This name is also associated with companionship, and empathy.

Is Chant a good dog name?

Chant is a one-syllable dog name, making it short and snappy. Chant isn't one of the most common names, so your dog will certainly stand out. If you love the name, you should pick it!

Chant is found in these categories:

Chant is not a popular dog name. That's great if you like to stand out from the crowd!

Get special treats for Chant! 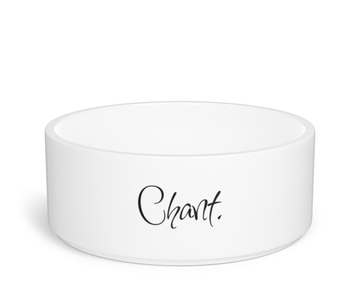 Chaos
The void before the birth of the universe, titan god, total disorganization and confusion.
Champ
Short for "champion".
Chance
Fortune, Luck
Chase
Skilled hunter or huntsman.
Chip
A word short for a chipset, or a splinter. Also the diminutive form of Charles.
Clyde
The name of a Scottish river; means "the keeper of the keys".
See more...

Got a dog named Chant?

Let us know what you think of Chant as a dog name!