Short for turbocharger, the turbo kicks speed up a notch.

Dogs named Turbo tend to be good-natured, loving, and hard-working. This name is also associated with friendship, and companionship.

It suggests that you are an energetic and adventurous person who likes to have fun. You may also be a fan of fast-paced activities and enjoy taking risks.

Turbo has two syllables, which is highly recommended by dog trainers. The name also ends in a vowel sound, so it's easy for dogs to recognize. Turbo isn't one of the most common names, so your dog will certainly stand out. If you love the name, you should pick it!

Turbo is found in these categories:

Turbo is not a popular dog name. That's great if you like to stand out from the crowd!

Get special treats for Turbo! 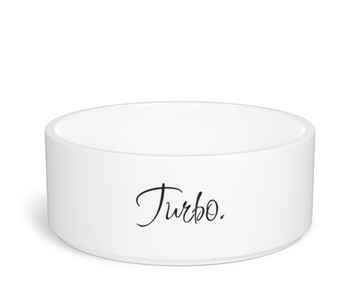 Got a dog named Turbo?

🇬🇧
Emma Booth (England, United Kingdom)
We have called our cockerpoo Turbo he’s very funny and lives up to his name
February 28, 2022

Let us know what you think of Turbo as a dog name!