Traits associated with the name Spaz:

Dogs named Spaz tend to be good-natured, loving, and hard-working. This name is also associated with friendship, and companionship.

Is Spaz a good dog name?

Spaz is a one-syllable dog name, making it short and snappy. Spaz isn't one of the most common names, so your dog will certainly stand out. If you love the name, you should pick it!

Spaz is found in these categories:

Spaz is not a popular dog name. That's great if you like to stand out from the crowd!

Get special treats for Spaz! 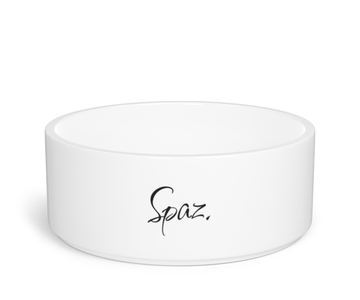 Skip
To move in a light springy manner. to escape secretly in haste.
Scooter
Small light mode of transportation.
Shelby
The shelby cobra; initially manufactured in 1962 using the a/c ace shell.
Storm
To deliver a violent attack or assault. barrage.
Shine
Glow or emit light, the take a fancy to or a practical joke such as monkey shines.
Smoke
Slang for moving out rapidly. ''He smoked the competition.''
See more...

Got a dog named Spaz?

Let us know what you think of Spaz as a dog name!