Traits associated with the name Sally:

Dogs named Sally tend to be good-natured, industrious, loving, and brave. This feminine name is also associated with companionship.

Is Sally a good dog name?

Sally has two syllables, which is highly recommended by dog trainers. The name also ends in a vowel sound, so it's easy for dogs to recognize. Sally isn't one of the most common names, so your dog will certainly stand out. If you love the name, you should pick it!

Sally is found in these categories:

Sally is not a popular dog name. That's great if you like to stand out from the crowd!

Get special treats for Sally! 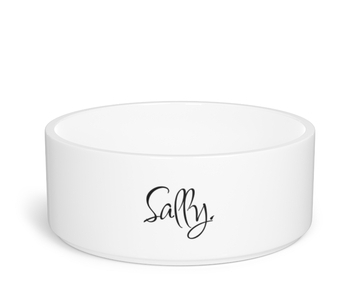 Got a dog named Sally?

🇪🇸
Coral (Catalonia, Spain)
I used that name for the last dog I had, I gave her for personal reasons but I remember her as much as if she were still with me I am not able to have another one, especially a few days ago I found out that she was adopted by other people and she is still alive Sally's name is super special to me, that dog was everything and that name is for that mixed-race German Shepherd.
August 08, 2022 ◆ Translated

Let us know what you think of Sally as a dog name!