Henry has an elegant sound to it that really closes the gap between dog and human.

Dogs named Henry tend to be strong-willed, good-natured, affectionate, and loving. This name is also associated with intelligence, and companionship.

Henry has two syllables, which is highly recommended by dog trainers. The name also ends in a vowel sound, so it's easy for dogs to recognize. Henry isn't one of the most common names, so your dog will certainly stand out. If you love the name, you should pick it!

Henry is found in these categories:

Naming your dog Henry is certainly a thing, but it's one of the more niche choices out there according to our data.

Get special treats for Henry! 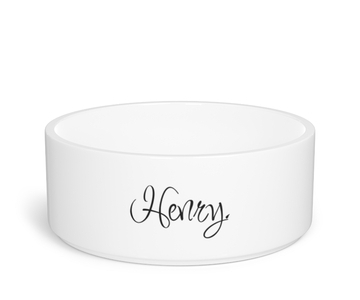 Got a dog named Henry?

🇺🇸
Karen Strelau (Arizona, United States)
Hi! My rescue chihuahua was named Joey by his foster home. There are too many bad names and advertisements; for instance "I am no ordinary Joe." So I was searching for a name (could not find any mexican names I liked). I came us with Hendrik but wanted something a little simpler (did not like the k at the end of this name. You "pupnames" said that Henry is taken from Hendrix........and I liked the meaning which fits him perfectly. Thanks
September 12, 2022

Let us know what you think of Henry as a dog name!