Dogs named Barkley tend to be good-natured, and loving. This name is also associated with intelligence, friendship, and companionship.

Naming your dog Barkley suggests that you have a sense of humor and enjoy lightheartedness. It could also suggest that you are a fan of basketball or the NBA, as the name is likely a reference to the famous basketball player Charles Barkley.

Barkley has two syllables, which is highly recommended by dog trainers. The name also ends in a vowel sound, so it's easy for dogs to recognize. Barkley isn't one of the most common names, so your dog will certainly stand out. If you love the name, you should pick it!

Barkley is found in these categories:

Naming your dog Barkley is certainly a thing, but it's one of the more niche choices out there according to our data.

Get special treats for Barkley! 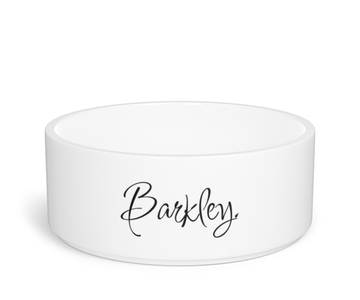 Got a dog named Barkley?

🇺🇸
Person (California, United States)
I have the dopiest dog named Barkley and he’s a aussiedoddle and the name fits him perfectly because, well, he just barks a lot
November 26, 2022

Let us know what you think of Barkley as a dog name!