a person who slips or slides because of loss of traction

Traits associated with the name Slider:

Dogs named Slider tend to be affectionate, loving, hard-working, and resilient. This name is also associated with companionship.

Is Slider a good dog name?

Slider has two syllables, which is highly recommended by dog trainers. Slider isn't one of the most common names, so your dog will certainly stand out. If you love the name, you should pick it!

Slider is found in these categories:

Slider is not a popular dog name. That's great if you like to stand out from the crowd!

Get special treats for Slider! 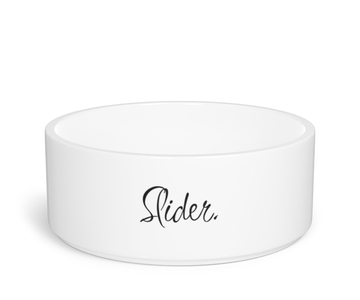 Striker
someone who hits
Screwball
a whimsically eccentric person
Shortstop
the fielding position of the player on a baseball team who is stationed between second and third base
Slugger
a boxer noted for an ability to deliver hard punches
Southpaw
a person who uses the left hand with greater skill than the right
Sweeper
a cleaning implement with revolving brushes that pick up dirt as the implement is pushed over a carpet
See more...

Got a dog named Slider?

Let us know what you think of Slider as a dog name!