Dogs named Prince tend to be strong-willed, good-natured, affectionate, and loving. This name is also associated with intelligence, and companionship.

It suggests that you have a fondness for royalty and may have a regal or sophisticated style.

Prince is a one-syllable dog name, making it short and snappy. The name also ends in a vowel sound, so it's easy for dogs to recognize. Prince isn't one of the most common names, so your dog will certainly stand out. If you love the name, you should pick it!

Prince is found in these categories:

Naming your dog Prince is certainly a thing, but it's one of the more niche choices out there according to our data.

Get special treats for Prince! 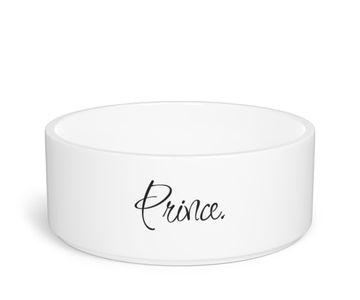 Got a dog named Prince?

🇺🇸
Ms Missy (New York, United States)
PRINCE: That is such a good name for the meaning of the nature of a dog. I actually have a Prince of a dog. He has all the traits!
November 23, 2022

🇬🇧
Libby (England, United Kingdom)
I My two month old pup is named. Prince we had him for about a week now and you are right it is a easy name for my pup to respond to !
January 21, 2022

Let us know what you think of Prince as a dog name!