Dogs named Destiny tend to be strong-willed, good-natured, loyal, and loving. This feminine name is also associated with companionship.

It suggests that you are an optimistic person who believes in the power of fate and that you have a strong sense of purpose.

Destiny has more syllables than most dog names, but you can easily give your pup a nickname to shorten things. The name also ends in a vowel sound, so it's easy for dogs to recognize. Destiny isn't one of the most common names, so your dog will certainly stand out. If you love the name, you should pick it!

Destiny is found in these categories:

Destiny is not a popular dog name. That's great if you like to stand out from the crowd!

Get special treats for Destiny! 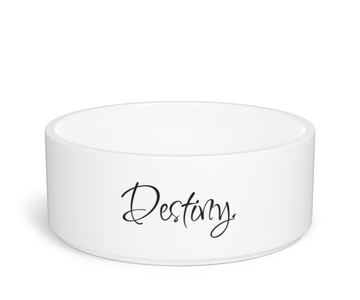 Got a dog named Destiny?

🇺🇸
Big Dawg (Minnesota, United States)
I think this is super coolio like Julio. I loves dogs so much and I want to be a dog when I grow up! My great great great auntie Julio said she'd disown me but that's ok because I am coolio like Julio and Julio is very coolio, similar to Julio (did you know that he is coolio?).
January 10, 2023

Let us know what you think of Destiny as a dog name!