An error or flaw in a computer program.

Dogs named Bug tend to be good-natured, loving, and resilient. This name is also associated with intelligence, friendship, companionship, and empathy.

That you have a sense of humor and enjoy giving your pets unique names. It could also suggest that you are a fan of insects or have a fondness for the outdoors.

Bug is a one-syllable dog name, making it short and snappy. Bug isn't one of the most common names, so your dog will certainly stand out. If you love the name, you should pick it!

Bug is found in these categories:

Naming your dog Bug is certainly a thing, but it's one of the more niche choices out there according to our data.

Get special treats for Bug! 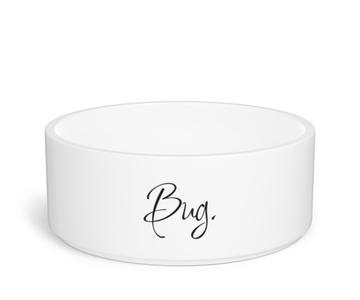 Bean
The seed of one of several genera of the flowering plant family Fabaceae.
Bear
Bear-like
Blaze
Bright and shiny.
Bo
To live
Boots
A covering for the foot and lower leg
Babe
Death, destruction and run.
See more...

Got a dog named Bug?

🇺🇸
Sarah (Pennsylvania, United States)
I love it! But I might be a little biased, since I named my dog, Bug!
February 17, 2022

Let us know what you think of Bug as a dog name!