Diminutive Form Of Walter Or Wallace

Dogs named Wally tend to be good-natured, industrious, loyal, and loving. This name is also associated with companionship.

That you have a sense of humor and enjoy giving your pets unique names. It could also suggest that you have a fondness for classic names.

Wally has two syllables, which is highly recommended by dog trainers. The name also ends in a vowel sound, so it's easy for dogs to recognize. Wally isn't one of the most common names, so your dog will certainly stand out. If you love the name, you should pick it!

Wally is found in these categories:

Wally is not a popular dog name. That's great if you like to stand out from the crowd!

Get special treats for Wally! 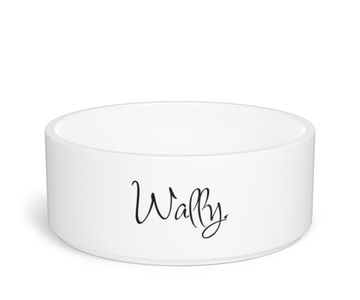 Woody
From The Lane In The Woods
Wylie
Clever, crafty; from the tricky river
Waldo
Ruler
Wallace
A common old man grumpy name
Willie
With Gilded Helmet
Wishbone
the furcula of a domestic fowl
See more...

Got a dog named Wally?

Let us know what you think of Wally as a dog name!