a modern ballroom dance from Latin America; small steps and swaying movements of the hips

Dogs named Cha-Cha tend to be strong-willed, good-natured, affectionate, and loving. This feminine name is also associated with companionship.

That you have a fun and playful personality! Cha-Cha is a lively and energetic name, suggesting that you enjoy having a good time.

Cha-Cha has two syllables, which is highly recommended by dog trainers. The name also ends in a vowel sound, so it's easy for dogs to recognize. Cha-Cha isn't one of the most common names, so your dog will certainly stand out. If you love the name, you should pick it!

Cha-Cha is found in these categories:

Cha-Cha is not a popular dog name. That's great if you like to stand out from the crowd!

Get special treats for Cha-Cha! 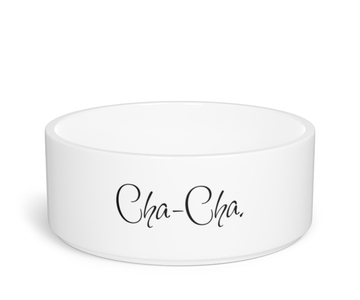 Got a dog named Cha-Cha?

Let us know what you think of Cha-Cha as a dog name!